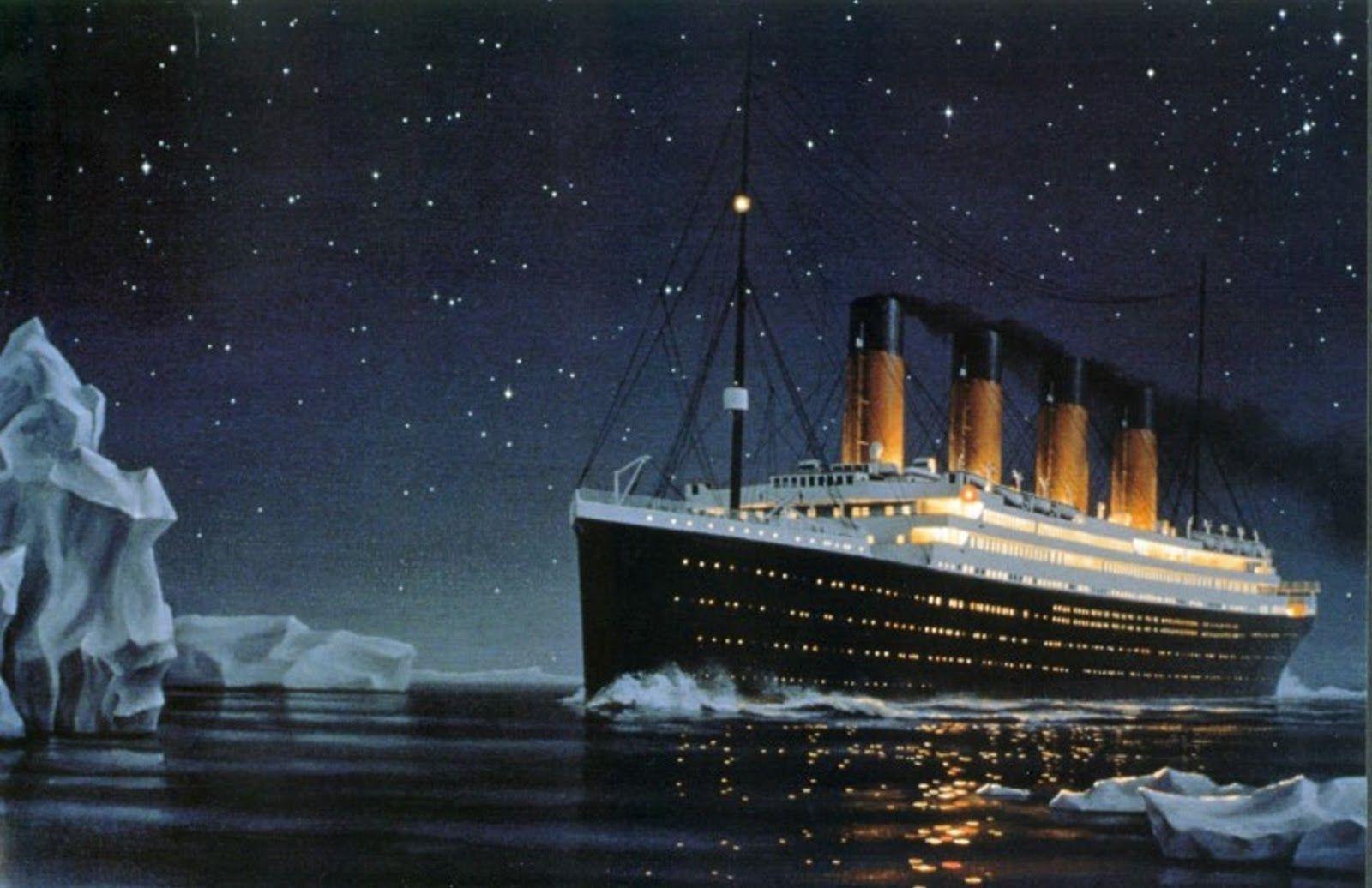 The Iceberg Analogy of Stuttering
By Russ Hicks

I love analogies. Done right, they make complicated things more understandable. "The brain is like a computer." "A billion dollars is like a stack of one hundred dollar bills 58 miles high." Jesus' parable of The Good Samaritan is also like an analogy. If you understand the basic concept, you can get a decent grasp of the real issue. So understanding something really complicated can often start with a good analogy.

Is stuttering complicated? You bet! If it was simple, we wouldn't even be talking about it now. If you have a cold, drink plenty of fluids and get some rest. If you run out of gas in your car, go fill it up! If you stutter, take this pink pill. Simple problems require only simple solutions.

Stuttering has been with us since ancient times. There is even an Egyptian hieroglyphic for stuttering. And every civilization since that time has had its own analogy of stuttering. "The gods cursed him! Kill him!" (Wow!) "His tongue is too long. Cut it off!" (Still wow!) "He thinks faster than he can talk. Slow him down!" (We're making progress, but that's still not good enough.) For an analogy to work, it's got to decently represent the truth in the complex situation. And only recently (say we confidently) have we begun to grasp some of the "real truths" about stuttering.

In 1970 Joe Sheehan made a statement in a book he wrote which said, "Stuttering is like an iceberg, with only a small part above the waterline and a much bigger part below." Up to that time, most mainline speech-language pathologists, SLPs, were treating only the part above the waterline, the actual stuttering that you can hear, and pretty much ignoring the massive amounts of emotional baggage below the waterline. The theory was that if you could "control" the stuttering, the emotional baggage would go away by itself. To be fair, not ALL SLPs believed that, but very few of them really knew how to work below the waterline anyway, so they continued to work on the stuttering that they could actually hear.

And I can certainly vouch for that. That was exactly my teenage therapy in the 1950's. "Control" your stuttering and you will be fluent. Ha! It may have worked for a rare few, but it certainly did NOT work for me. I was fluent for about a month after each of my intensive 8 week therapy sessions during the summer for four years, but it came back full force every time. Everyone believed that I just didn't work hard enough, that I just didn't care enough... Maybe I wasn't smart enough... Even I believed that. See? If you can control it for a month, why can't you control it forever? You just need to work harder - and care more -- or get smarter. Nobody understood what was REALLY going on. Enter Joe Sheehan's stuttering iceberg and slowly but surely some therapy began to change. Not ALL therapy to be sure, but at least SOME of it. Yes, there really was some truth to this iceberg analogy - and as the years passed, people began applying that analogy to more and more aspects of stuttering. And things began to make sense! Let's look at the basic model...

If we begin to label the parts of the iceberg, you can see that the part that is obvious, the part that sticks up above the waterline, is the audible stuttering itself. That accounts for only about 10 percent of the entire iceberg. It's only 10 percent of the real problem of stuttering. The rest of the iceberg, the 90 percent below the waterline, is invisible. And that is where the emotional baggage lies. All those emotions of fear, shame, guilt, anxiety, hopeless, isolation, denial... and lots more that I simply didn't have room to label.

Wow... so that's what stuttering really looks like, huh?

Yep, pretty much so.

So if we attack just the top of the iceberg, we're not really addressing the whole problem, are we?

Bingo, you got it.

No analogy is perfect and most analogies need to be "played with" a little to understand the larger concept. So let's dive right in and look at this iceberg "up close and personal."

Forget about stuttering for a minute. Think only of the iceberg. What if we had a giant blowtorch and quickly blasted the top off the iceberg. It would have a flat top, right? Then what would happen? As ice is less dense than water, the iceberg would slowly rise out of water again to maintain that 10/90 above/below ratio. (Thank you Archimedes!)

Now back to stuttering. What is the analogy? We eliminate the audible stuttering (which is not particularly difficult to do) and do nothing about the emotional baggage below the waterline, and after a short time, we have... RELAPSE!! Bingo! That's exactly what happened to me and lots of other stutterers who were treated by non-iceberg savvy SLPs years ago. Cut off the top, the iceberg floats up higher and you STILL have the 10% above the waterline. Simple laws of high school physics.

Now as I said, no analogy is perfect. You'd think that if you kept doing that about 100 times or so, you'd eventually melt the entire iceberg. Unfortunately with stuttering that's where the analogy is slightly off. When you blast off the top, in stuttering you typically make the bottom even bigger. Take off the 10% above, add at least 15% below. You now have a stutterer who's failed. He (or she) didn't work hard enough. He didn't care enough. He just isn't smart enough. Lazy, doesn't care, stupid...guilt, anger, shame... the bottom of the iceberg has just grown even bigger. Not only does he now stutter - AGAIN - but he's got even MORE emotional baggage down below. Been there, done that. No fun. Do that enough times, and you've created a monstrous lifetime problem.

If you see blue smoke coming out of the tailpipe of your car, you do NOT change the tire to fix the problem! Yeah, changing the tire is a heck of a lot easier than doing a piston ring job on the engine, but a good mechanic will try to fix THE problem by working on THE correct solution. Working on the wrong solution will inevitably cause the problem to get even worse. Roll up your sleeves and get going on that engine. Forget about the tires. That's not where the problem is. (See, I told you I like analogies)

That's why it's so important for an SLP to know what's REALLY going on. If stuttering is like an iceberg, the SLP should become a good iceberg engineer. Once you understand that flattening the top of the iceberg will only cause the iceberg to rise again, and then you begin to understand that you've GOT to attack the bottom of the iceberg at the same time.

What's on the bottom of the iceberg? EMOTIONS! "Emotional baggage" is a good common term. And you don't attack emotional baggage with proper breathing, easy onsets, slower speech, etc. You attack it with psychology. Psychology is the "piston ring job" of stuttering. It certainly isn't easy. That's why you get paid the big bucks. No, stuttering is not CAUSED by psychological factors, but psychology is certainly part of the solution. As the iceberg shows, 90% of stuttering is typically emotional. The emotions were probably not there at the beginning, but they certainly are present in chronic adult stuttering!

The most obvious variable we might observe is size. A HUGE iceberg could represent a HUGE stuttering problem. Regardless of how much is on the surface, the problem is extremely serious. Just ask the captain of the Titanic! Conversely a small iceberg may not be worth calling an iceberg - more like an ice CUBE. A big iceberg is a big problem. A little ice cube is just a little problem. A medium size iceberg is a medium size problem. The trick is to see the WHOLE iceberg, not just the part that's on the surface.

If we can vary the density of the iceberg, we will be able to see some amazing characteristics of ice -- and of stuttering! We have light, medium and heavy ice...

Light: The density is like Styrofoam, 95% above, 5% below. Depending on the SIZE of the iceberg, this may still be a serious problem -- but easily worked by fluency shaping techniques. Young children typically have this condition. Work on the fluency, including family counseling, speech modeling, and language development, and it's possible to actually CURE this condition! Hooray!

Medium: 10% above, 90% below. This is typical chronic adult stuttering. Fluency shaping itself is probably not enough. You need to attack the emotional baggage also. (Keep in mind that every stutterer is different, so different techniques may be effective for one stutterer and not effective for others.)

Heavy: 1% (or less!) above, 99% (or more!) below. This is COVERT "interiorized" stuttering. Covert stutterers -- stutterers who don't stutter! -- can often pass for totally fluent people! But the emotional baggage they have below the waterline is absolutely enormous! Fluency shaping by itself is rarely effective for these people. You've GOT to use lots of psychological tools to work below the waterline. This topic is probably worth another entire ISAD paper, some already written. See Leiven Grommen's excellent article on this topic at http://www.mnsu.edu/dept/comdis/isad2/papers/grommen.html . Cathy Olish's extremely successful "Covert Stuttering Exposed" workshops at the last several NSA conferences are other examples of the emergence of the concept of covert stuttering.

Ice can be soft or hard or in between.

Soft: This represents a very cooperative client, very willing to listen and try new things. These are the "fun" clients to have because soft ice is easy to work with.

In Between: This represents a "typical" adult client, somewhat wary, but willing to listen and learn. These guys require significant effort but can be very rewarding when things work for them.

Hard: These are the very reluctant clients, unwilling to change because only THEY know what to do -- or think they do. It's VERY difficult to work on their icebergs because of the hardness of the ice. I knew a guy like this once, and he wound up committing suicide despite the best efforts of many excellent SLPs. A very sad case...

The captain of the Titanic looked out and saw this little iceberg and thought his ship was unsinkable. So he said "Full speed ahead!" What he did NOT see was the 90% of the iceberg under the water. And the ship sank ... because he didn't really understand the awesome power of an iceberg. He would have made a lousy SLP! If he was a good SLP, he would have recognized that he wasn't seeing the whole iceberg. And that his ship - good though it really was - could NOT stand up to the huge berg. He MUST deal with the WHOLE iceberg, not just the tip on the surface.

I welcome your comments.

Russ Hicks has stuttered significantly all his life. He lives in Dallas, Texas, and joined the National Stuttering Project (now the National Stuttering Association) in 1985 and Toastmasters in 1988. He has had great success in Toastmasters, winning the Southwestern United States Regional Humorous Speech Contest in 1996, and recently attaining the rank of DTM, a Distinguished Toastmaster, the highest rank in Toastmasters International. He is immediate past president of the Dallas Chapter of the NSA. Russ was the NSA national Member of the Year in 2000 and has a personal home page at https://sites.google.com/site/russhicks/